When and How to Reset Mac SMC

When and How to Reset Mac SMC (System Management Controller)

“Ahhhh my Mac isn’t working! I need to reset the SMC!” You have tried rebooting, you’ve reset the PRAM, you’ve done it all, but your Mac is still behaving strangely. What next? In certain circumstances, resetting your Mac System Management Controller (SMC) can be a solution. This is sometimes necessary to restore normal lower level system functionality to your Mac, particularly for power and hardware related troubles.

We’ll show you exactly how to reset the SMC on any type of Mac (and any version of OS X) and the type of problems that it may resolve.

When & Why Reset SMC on a Mac? Some Common Hardware Reasons

Typically, an SMC reset helps to resolve many power and hardware related issues that are otherwise unresponsive to troubleshooting techniques. Resetting a Mac SMC is particularly effective if you’re having the following types of problems:

* Issues with your Mac cooling fans and fan management: the fans run constantly at high speed, fans run high despite low CPU usage and adequate ventilation, fans not working at all, etc

* General performance and functionality problems: abnormally sluggish behavior despite no CPU or disk usage, external ports not working, airport & bluetooth aren’t showing up, external devices are not being found, etc 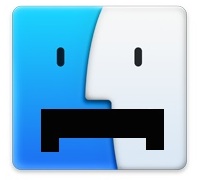 If those type of issues describe the problem encountered on the Mac and you have concluded that you need to reset your SMC, we will show you how to do it on any MacBook, MacBook Pro, MacBook Pro with Retina display, iMac, Mac Mini, and Mac Pro. Do notice that the System Management Controller reset instructions are different for MacBook and MacBook Pro’s if the machine has an internal battery versus a detachable battery, additionally the procedure is different for desktop Macs than from Mac laptops.

This is how to reset SMC on most modern Mac laptops, none of which have a removable battery:

Here’s the key sequence to hold down: 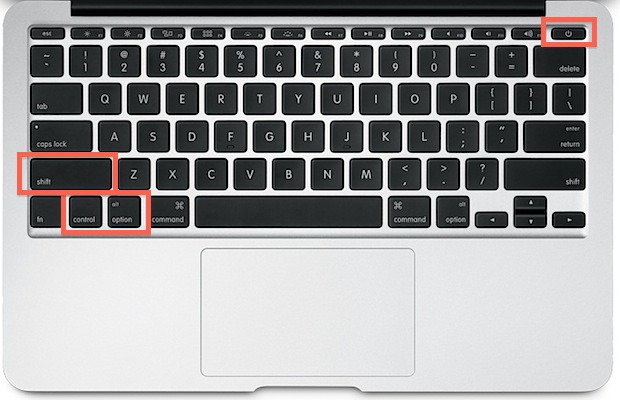 Do keep in mind that by resetting the SMC you will lose power specific settings, like the time it takes to sleep a Mac and other customizations to power settings. No big deal, but if you have made many changes to your hardware behavior you will want to adjust stuff like sleep behavior again.

The boot time after resetting a machines SMC can be a bit longer than usual, that is normal.

Resetting SMC is different for non-portable Macs, but it’s still easy enough and the problems it addresses are the same. On any desktop Mac, here is how you reset the System Management Controller:

Older MacBook laptops, indicated by having a removable battery, can reset SMC with the following approach:

What is SMC anyway?

SMC stands for System Management Controller, a critical low-level component on Mac hardware. Much like the name sounds, the SMC controls and managements system hardware for power consumption, battery charging and battery function, thermal activity and fan activity, LED lighting for keyboards and displays, GPU functionality with video mode changes and video output, sleep and wake, and other core hardware functionality on a Mac.

Now that your Mac SMC has been reset, the hardware issue you were encountering should be resolved, unless there is a greater problem or a different issue that needs to be troubleshooted separately. Sometimes resetting the Macs PRAM can be effective too, though there are times when further action is necessary as well. Do note that only Intel Macs have an SMC controller.

Hopefully that will clear up your problems, if not it might be worth a visit to the Apple Store or a certified repair center.

Did resetting your Macs SMC fix your problem? Let us know in the comments!